The General Assembly of the United Nations approved the International Decade for People of African Descent through the Resolution 68/237, for the period 2015-2024.

The International Decade for People of African Descent emerges from the Durban Declaration and Programme of Action, from the 3rd World Conference Against Racism, Racial Discrimination, Xenophobia, and Intolerance. The Decade continues until the end of 2024, and comprehends the following domains: recognition, justice, development and multiple or aggravated discrimination of people of African descent.

According to the United Nations, the main goal is to emphasize the need to reinforce the national, regional and international cooperation in regards to the full advantage of economic, social, cultural, civil and political rights of people of African descent, as well as their plain and equal participation in all aspects of society.

It is recommended to the States to develop an activity plan: at national level, the States should take concrete measures and practices by means of adoption and effective implementation, national and international, of legal frameworks, policies, and programmes to combat racism, racial discrimination, xenophobia and related intolerance faced by people of African descent, taking into consideration the women, girls and male young people’s particular situation in the following activities:

Beyond the developed activities that have been contributing for the Durban Declaration and Programme of Action, and in line with the International Decade for People of African Descent, the Alto Comissariado para as Migrações (High Commission for Migrations), I.P., designed, in accordance with the international recommendations, a plan of activities to give more visibility to this theme and promote a more organized and systematic structure throughout the Decade.

The Plan in question includes the production and dissemination of several publications in different supports (brochures, pamphlets, campaigns, DVD), as well as moments of recognition of the African presence in Portugal, mainly through the holding of an exposition and an international conference.

This is an open and dynamic document, which envisions to promote the discussion and eventual conception of further measures and activities, aiming to meet some of the recommendations to Portugal, expressed in the scope of the United Nations’ Committee on the Elimination of Racial Discrimination. 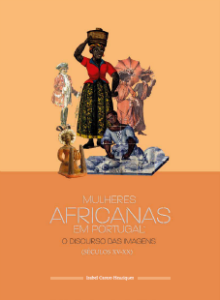 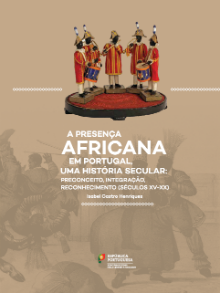 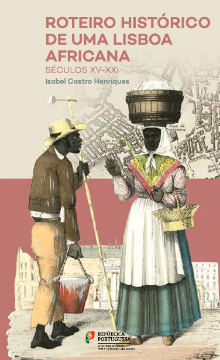 Face-to-face service available without previous appointment
The use of a mask or visor is mandatory
You can still opt for the telephone service, through the Migrant Support Line, app My CNAIM or by e-mail

National Support Centres for the Integration of Migrants (CNAIM)

CNAIM Norte Face-to-face service available without previous appointment The use of a mask or visor is mandatory Av. de França, 316 Edifício Capitólio 4050-276 Porto

CNAIM Lisboa Face-to-face service available without previous appointment The use of a mask or visor is mandatory Rua Álvaro Coutinho, 14 1150-025 Lisboa

If you have a SNS (National Health Service) user number, please self-schedule your appointment

If you need support with registration and/or self-scheduling, or if you are facing constraints in the process, you can contact us by e-mail: covid19@acm.gov.pt

More information about the COVID-19 vaccination

Doctors of the World Portugal' Guide on COVID-19:

IOM’s information leaflet on COVID-19, in more than 30 languages.

IOM's three documents about COVID-19 for migrants, in several languages.

The information presented is purely indicative, with the main purpose  to provide general guidance without exempt, at any case, the consultation with the competent authorities and the use of professional advice regarding the addressed themes